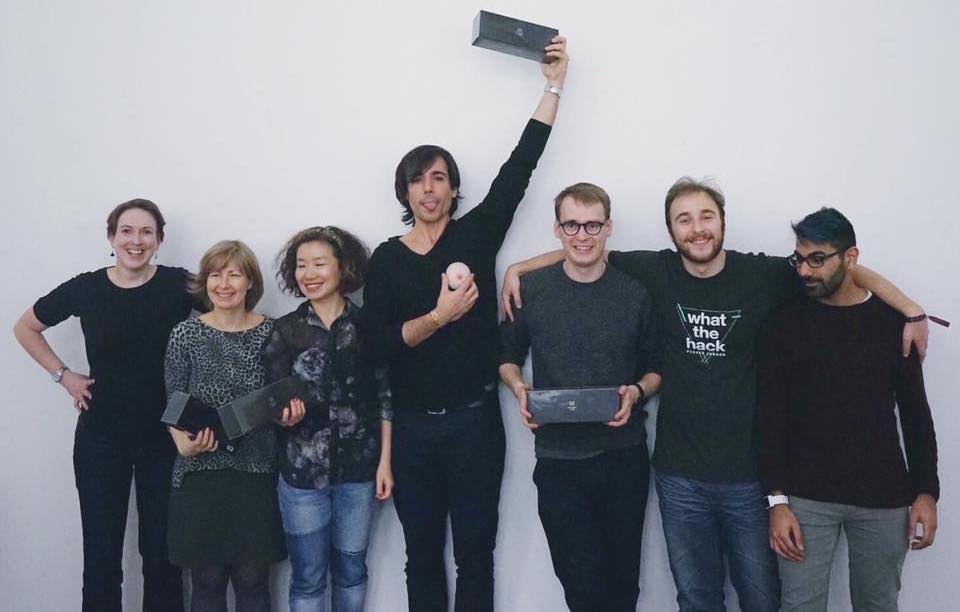 NSFW Warning: this post contains no explicit imagery, but does reference adult themes.

This post describes the LovePad, a sensory play interface which was awarded the Best in Show prize during Goldsmiths University of London’s Sex Technology Hackathon on December 17th 2016. LovePad is a proof-of-concept, body-neutral stimulating interface combining a soft robot and real-time vibrotactile interaction via Bela. It was created by Caroline Yan Zheng, Jack Armitage, Patricia Alessandrini and Francisco Bernardo. 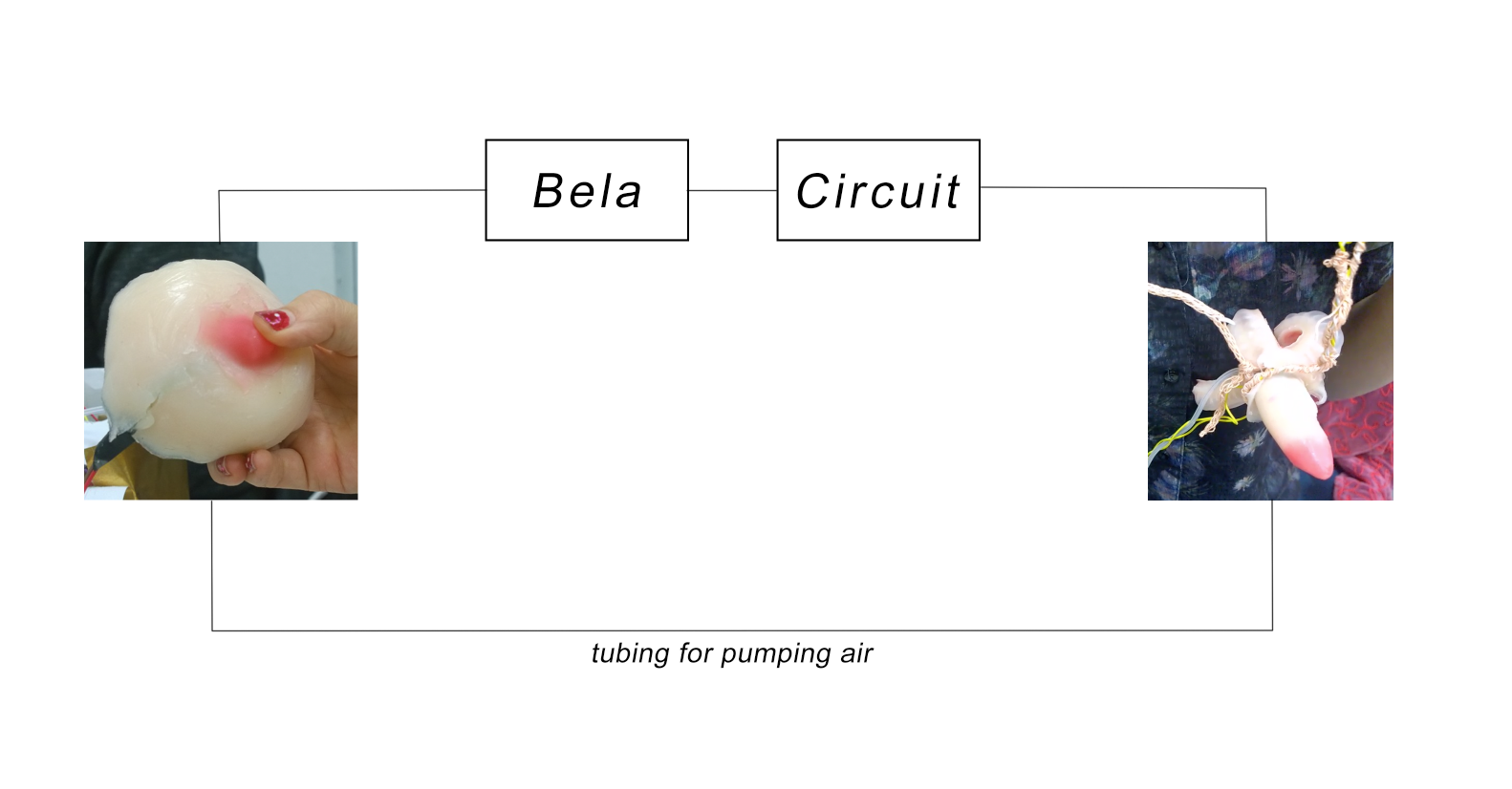 The LovePad features two interfaces: one is a hand-sized controller inspired by the human breast that is used to activate the second interface, which is a silicone robotic actuator worn on the body and inspired by the octopus. The hackathon demo showed how the two interfaces could be used by a single person, or by two people in close proximity. Additionally, in future it could be used remotely over the Internet and in larger groups as part of a connected platform, and more interfaces could be added to tease different body parts in different ways. The overall goal was to design a sensory experience which is open to interpretation in terms of how and where on the body it could be used. We also wanted to enable sharing of intimate sensory experiences between individuals or groups, face-to-face or remotely, in real-time.

There are two interaction methods with the LovePad’s controller that can be used to gently stimulate the wearer of the actuator. Firstly, when the controller’s nipple is gently teased or pinched with one or two fingers, the actuator will vibrate depending on how much pressure is applied. The controller will also vibrate at the same rate as the actuator to offer sympathetic feedback. Secondly, when the controller is squeezed more vigorously with the whole hand, the actuator’s arms will inflate and start to gently grasp the wearer. Combining the two interaction methods creates a composite third interaction, with both grasping and vibrating sensations occurring simultaneously. 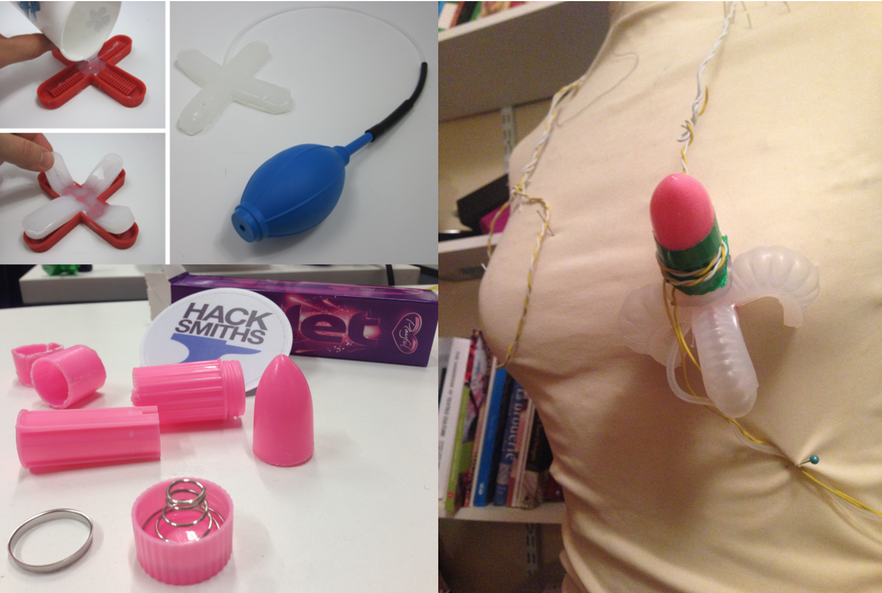 The next challenge was to make design decisions that would enable us to finish the hack on time. We settled on a course that we hoped would achieve our initial goals, whilst simplifying the design enough for it to be achievable:

To build the controller, we cast the actuator’s handheld air pump into a breast-shaped hemisphere of silicone and implanted a pressure sensor under the nipple to sense teasing and pinching (in a future prototype it would be exciting to connect a motorised pump instead!). The pressure sensor was read by Bela and used to control the amount of vibration sent to the motor. Verifying the mechanical integration of the pressure sensor, and developing the corresponding motor signals under time pressure was made especially easy by the Bela IDE’s built-in oscilloscope. Once the hack was complete, we prepared our demo and presentation slides as the clock ticked down to zero…

The judges were impressed by the LovePad hack and the team was awarded the Best in Show prize of a Mystery Vibe Crescendo each. The event was a fantastic opportunity to explore alternative ideas of sex technology and was brilliantly put together by Hacksmiths - Goldsmiths’ Tech Society. There are write-ups of the event by Girl on the Net and Makery. Additionally, all of the hackathon presentations are available to watch here. 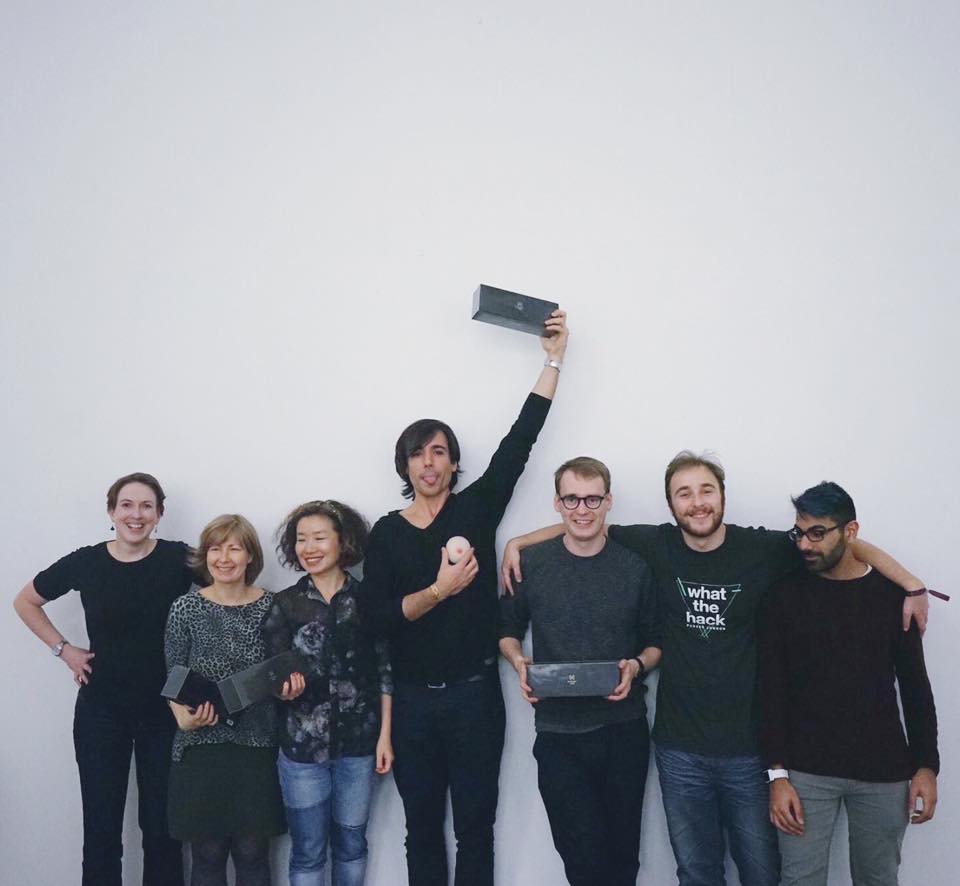