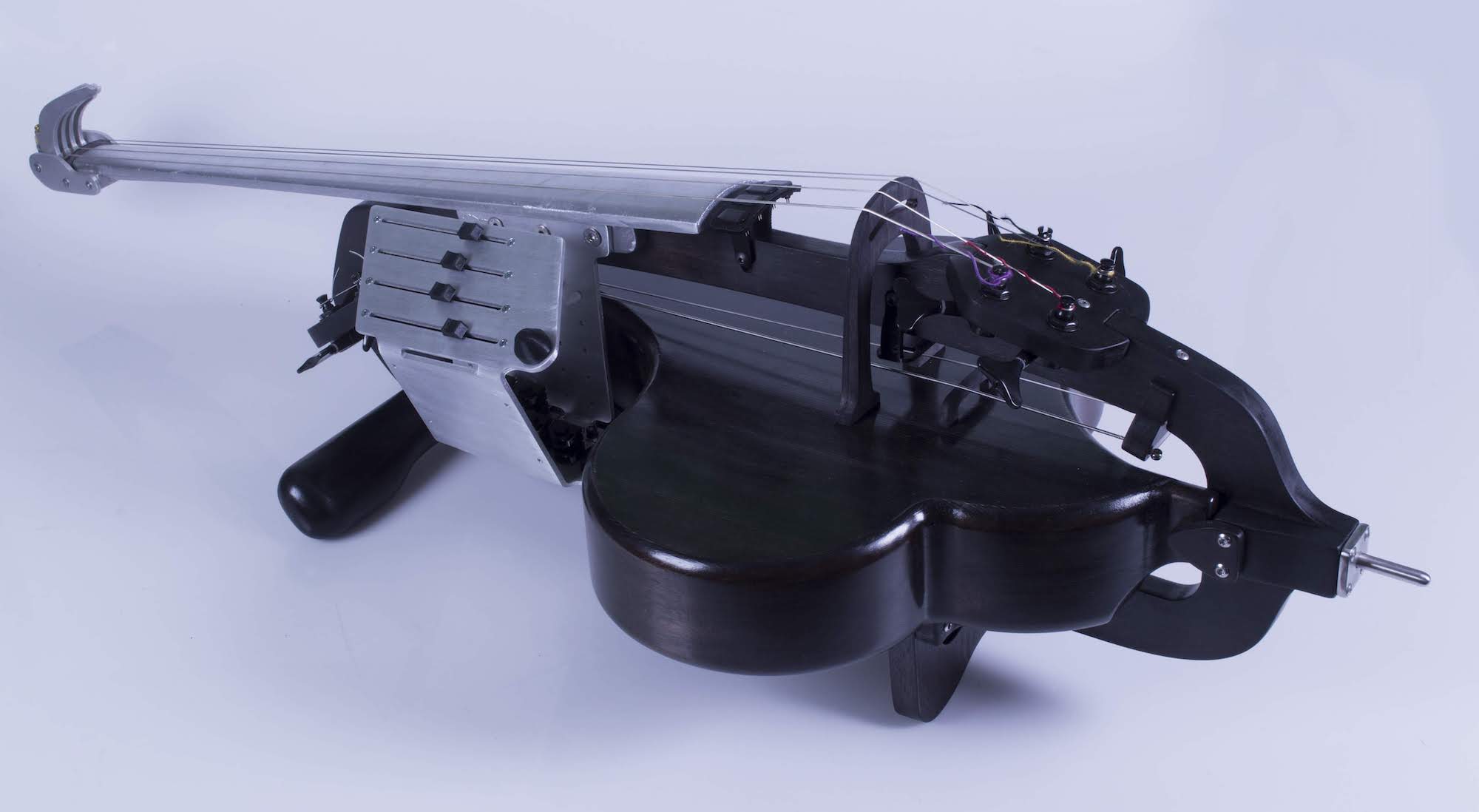 The halldorophone is slowly becoming a household name in experimental music circles, featuring on numerous major scores and releases. In the latest revision of the instrument its creator Halldór Úlfarsson has decided to put a Bela inside!

The halldorophone was first created in around 2005 as an exploration of feedback and how it acts on the resonant body of a string instrument. Since then its creator Halldór Úlfarsson has iterated through various designs, exploring the ergonomics and control-features which are most appropriate for such an instrument. 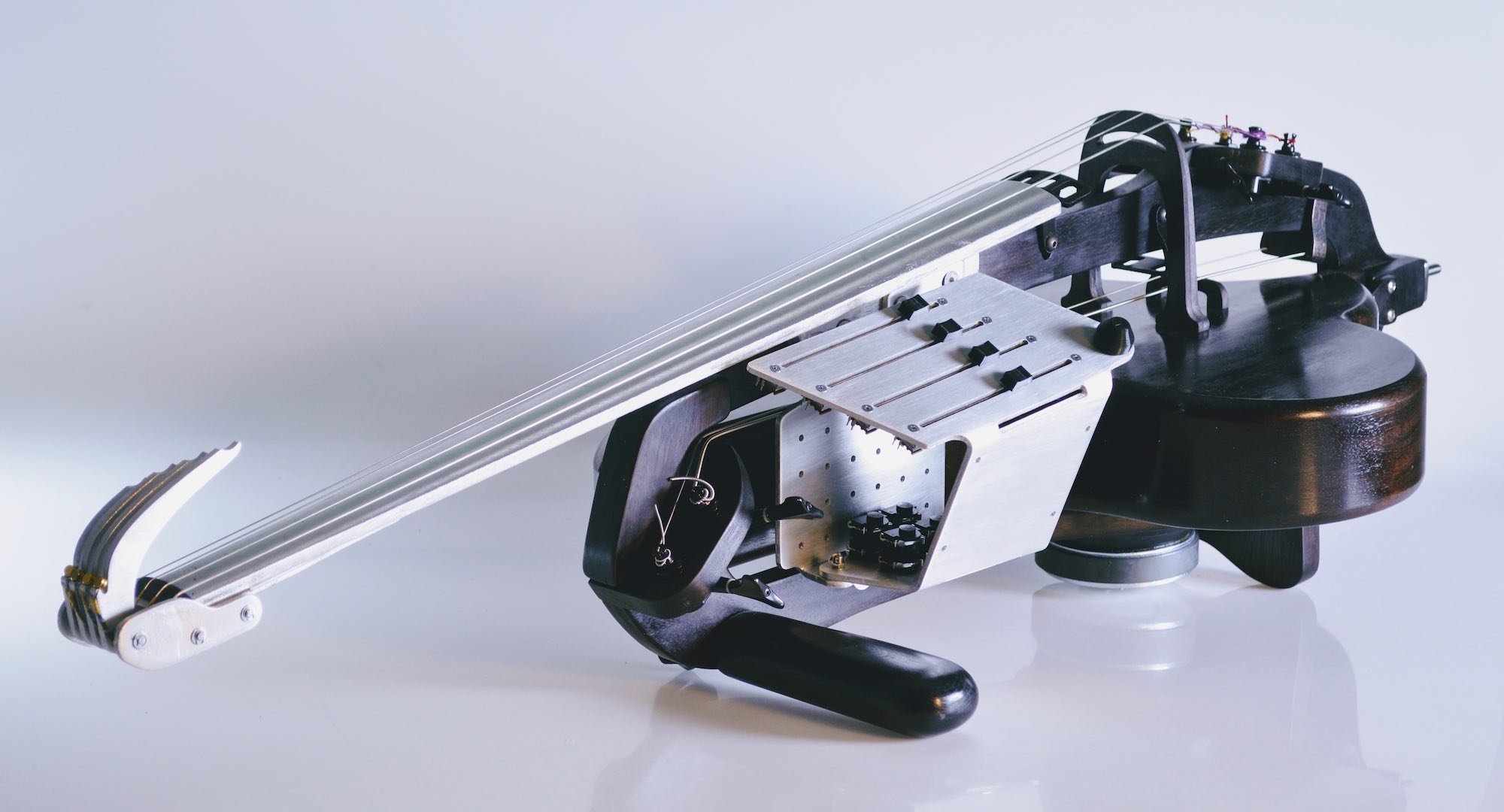 The halldorophone was initially based on the simple premise of a string instrument intended to feedback, and this configuration was the focus of the first few iterations that were built. As the design has evolved the instrument has taken on a cello-like form but with sympathetic strings, either two or four, running under the fingerboard. 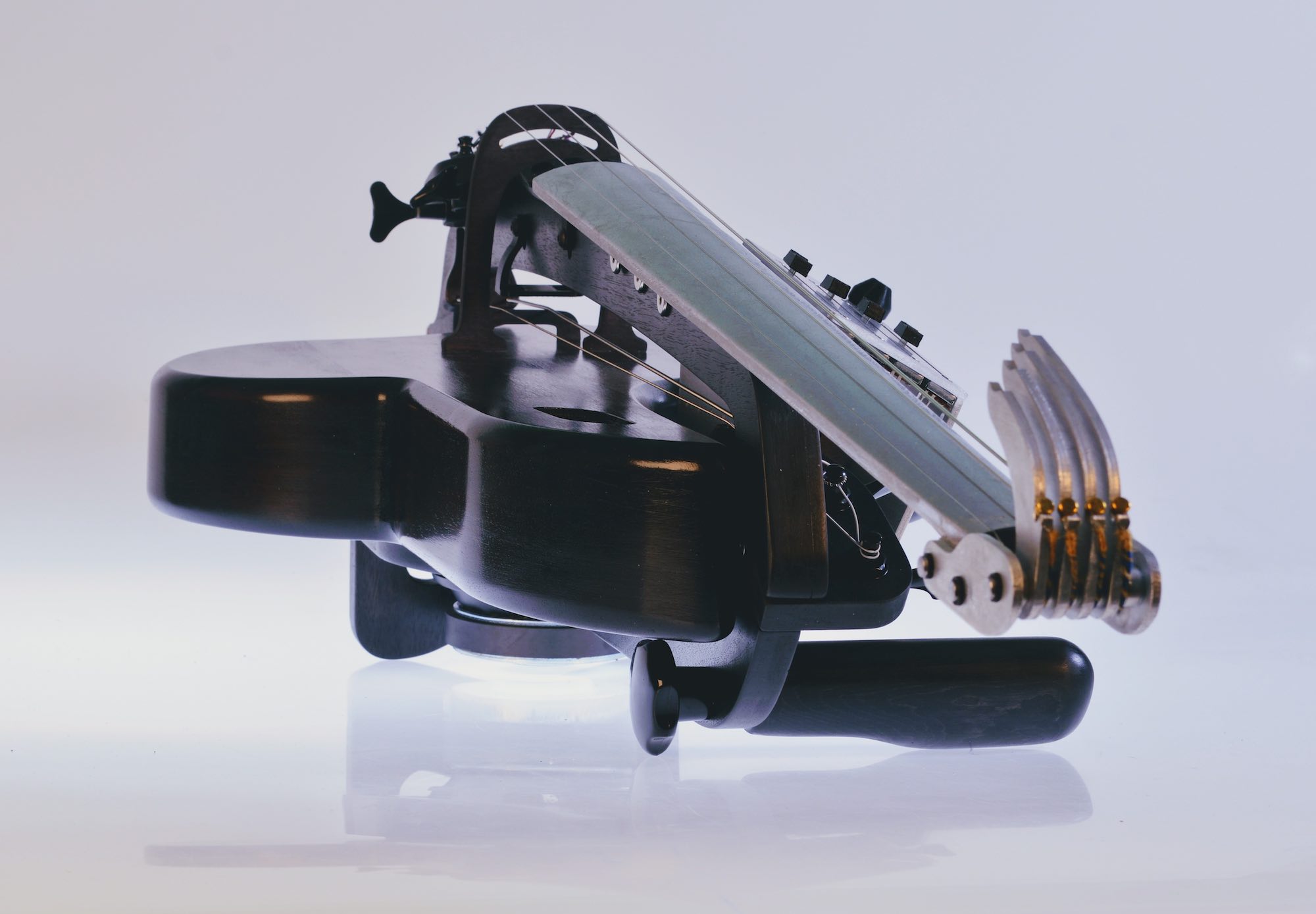 A series of feedback loops are created by detecting the vibrations of each string via a dedicated pick-up and then sending the amplified signal, which is individually trimmable, to a speaker cone embedded in the back of the soundbox of the instrument. Up to this point the electronics have all been purely analog, with a dedicated control for the amplitude of each feedback line related to the four main strings and sympathetic strings. Some additional possibilities for routing the signal to and from external effects for further processing have also been added. If you would like more technical details on the instrument then see this NIME 2018 paper.

Letting the digital in

Halldór has been keen to protect the identity of the halldorophone as a simple and pure feedback system, and so has kept gain control as the only built-in electronic control parameter. Over the years collaborators and musicians have requested more specific onboard signal processing (band-pass, band-stop, delays) to meet their particular musical ideas, but up until this point Halldor has resisted. We’re very happy to say that Halldór has now decided to open his wonderful instrument to the world of digital processing and is doing so with Bela running Pure Data. He had the following to say on the topic:

Having become familiar with Bela and its affordances I see a chance to evaporate feelings of conflict in opening up the instrument to onboard DSP. With Bela onboard the system is flexible enough to allow each performer to implement their own processing without me prescribing a specific set controls.

This newly created version of the instrument will be used in some user studies over the next year where Halldor will collaborate with musicians who have the right skillset to work with the halldorophone, Bela and Pure Data in combination. We can’t wait to see the results! Below is a photograph of Halldor visiting us in London where we had a hands-on workshop and demo session and we explored the integration of Bela into the instrument. 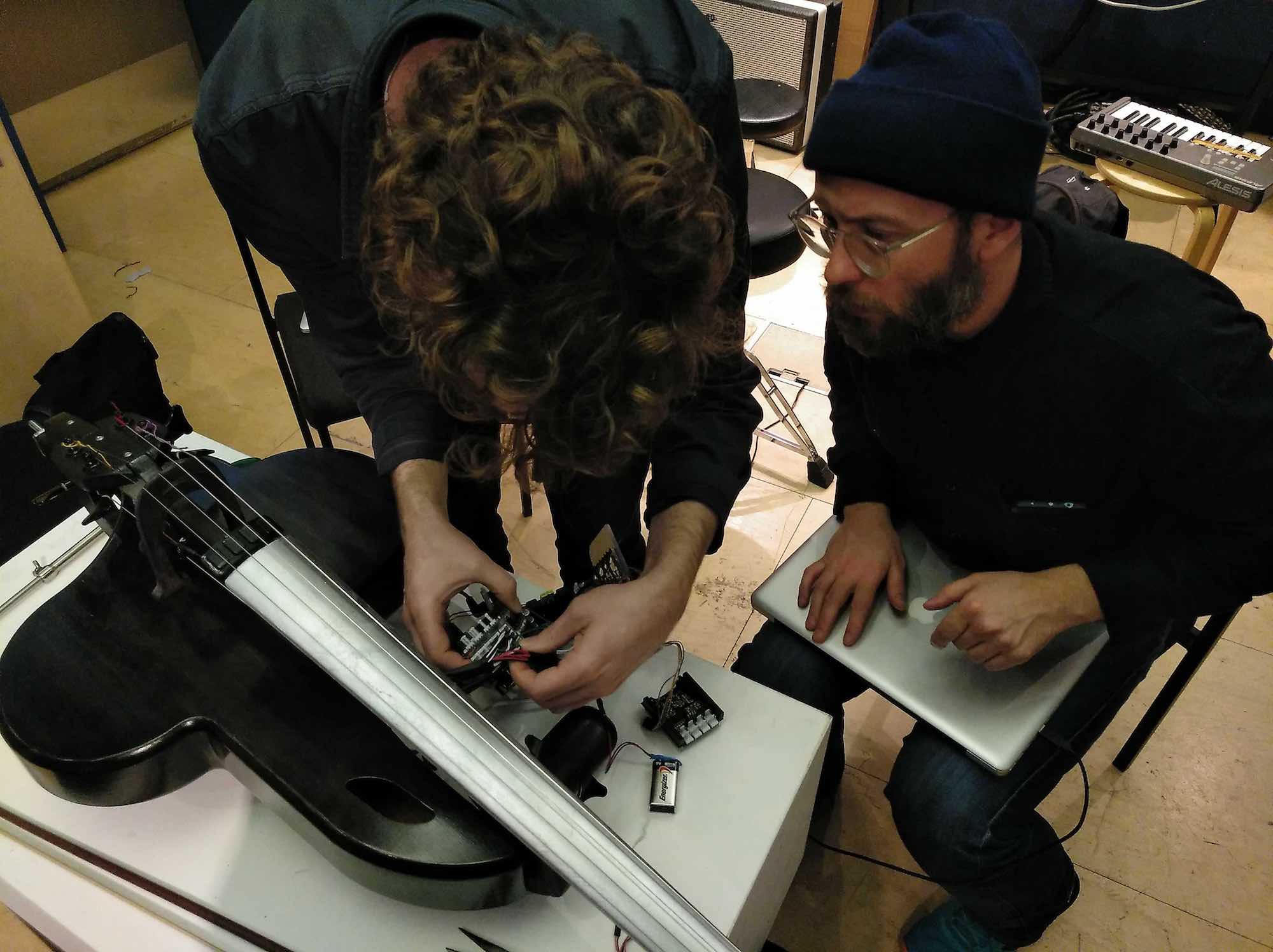 You can find out more about the halldorophone and Halldór’s work in general at www.halldorophone.info. Below there is a video of Hildur Guðnadóttir playing the halldorophone in a beautiful performance. Hildur has played with Múm, Pan Sonic and Sunn O))) and has been a spirited supporter and advocate of the instrument over the last years using it regularly in her live shows and recordings.

To hear more of the halldorophone being played by Hildur have a listen to the sound track to the TV series Trapped, or the films Sciario and Arrival where the unique tone and character of the instrument has led to some very special music. Thank you Halldór!