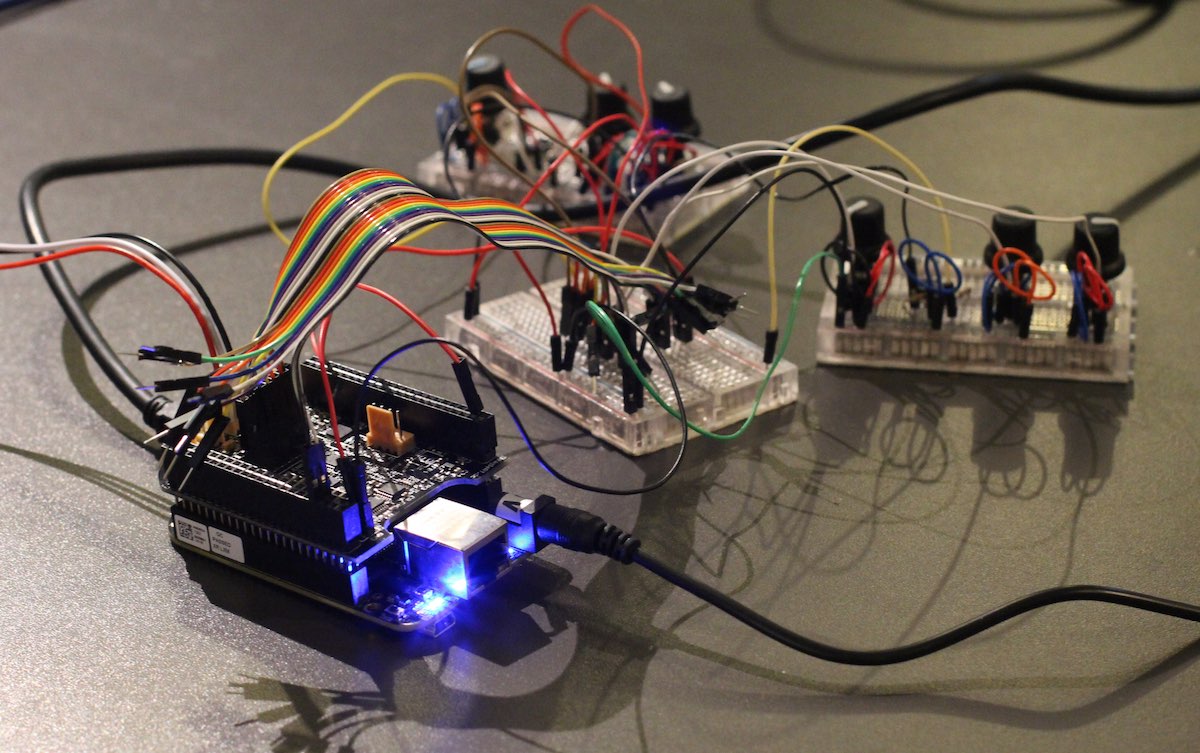 In August 2016, we organised a three-day workshop in collaboration with STEIM, a renowned centre for experimental music in Amsterdam.

The idea for the workshop came from a discussion at the Musical Organics Symposium organised by Thor Magnusson at STEIM in May 2016. The purpose of the workshop was for digital musical instrument (DMI) creators to port existing instrument designs to Bela. Eight experienced DMI creators participated, with two members of the Bela team (Andrew and Giulio) acting as technical facilitators and two other researchers (Fabio Morreale of the C4DM Augmented Instruments Lab, QMUL and Alan Chamberlain of the Mixed Reality Laboratory, University of Nottingham) collected documentary evidence for a CHI 2017 paper. 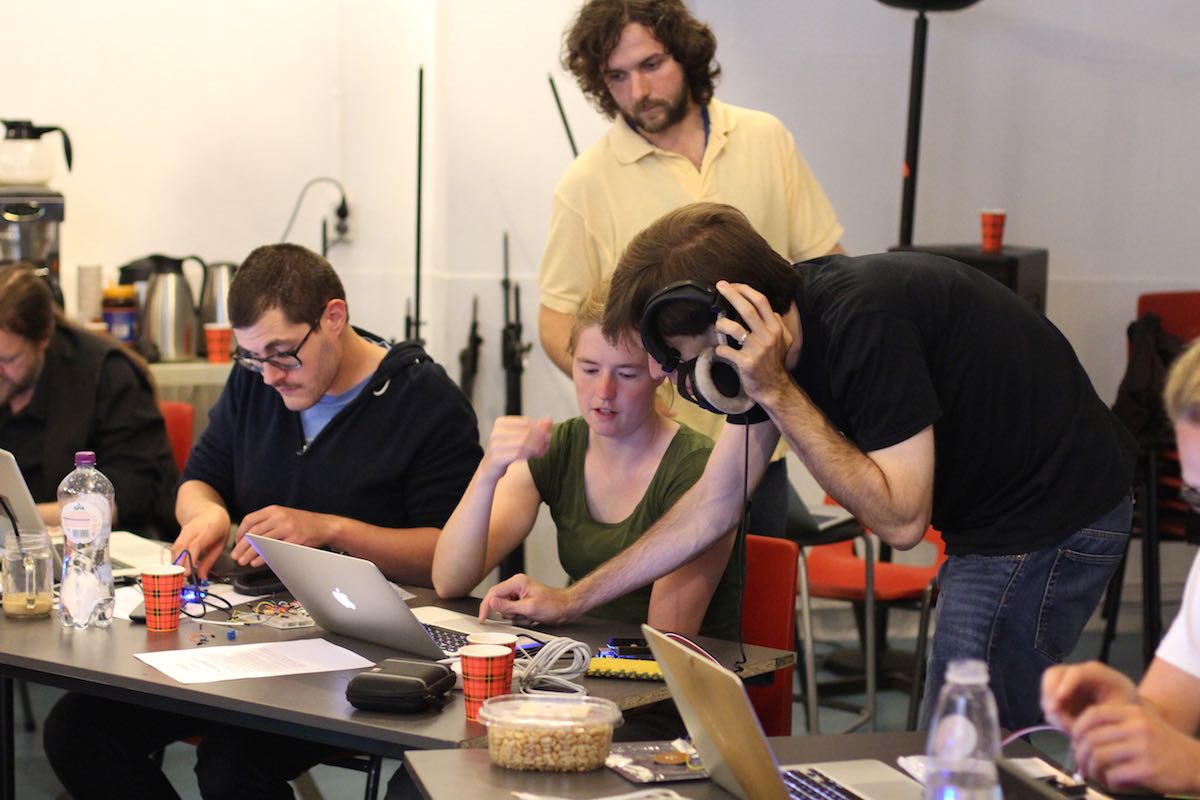 The workshop started with participants presenting their instrument (pre-Bela) to the group, including a description and in some cases a short demo performance. The facilitators then introduced Bela and supplied each participant with a Bela kit. After a hands-on Bela tutorial, the activity for the remainder of the time shifted to instrument-making. At the end of the last day, participants were invited to give a final demonstration of their newly-ported instrument. 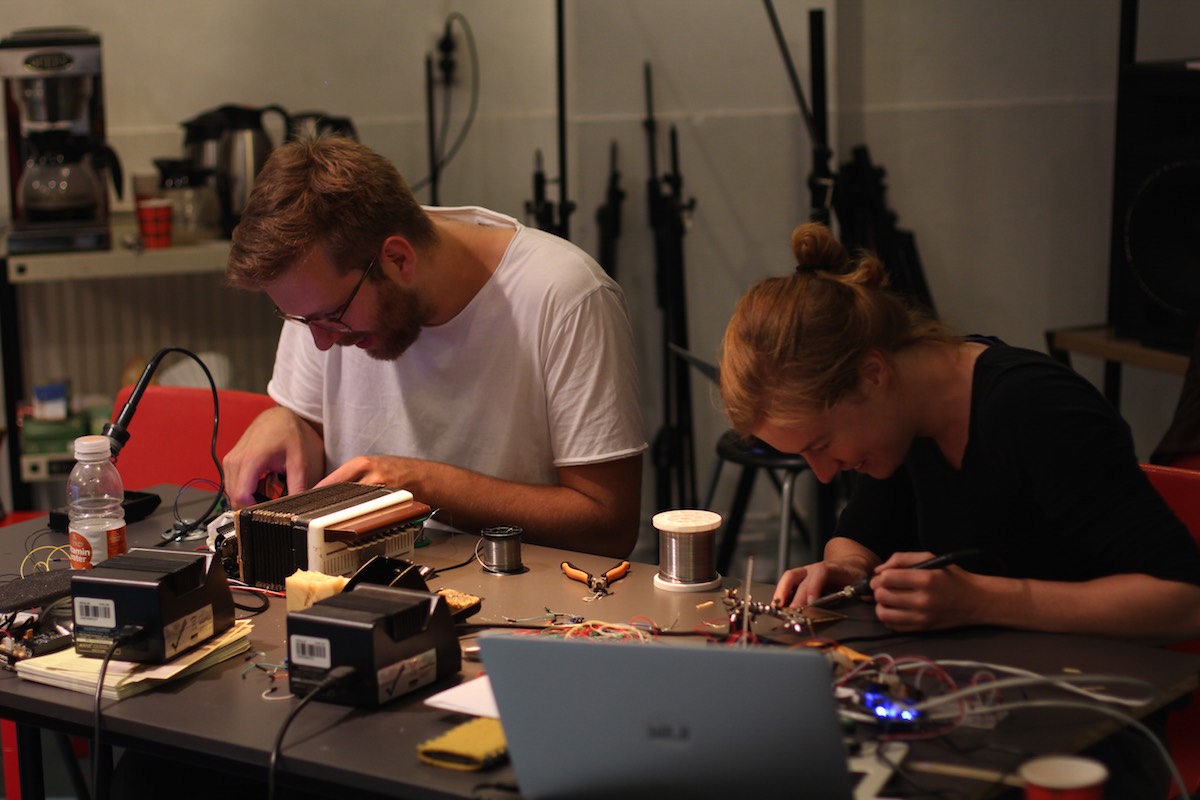 Mark IJzerman and Dianne Verdonk assemble hardware for their instruments.

5 of the 8 instruments used SuperCollider on Bela, support for which was added by Marije Baalman and Dan Stowell with help from Till Bovermann and Giulio Moro. 2 of the 8 instruments used Pd and 1 used C++. Over the course of three days, participants worked with each other and with the facilitators to get their instruments up and running. Marije and Till also worked on supporting and documenting various capabilities of SuperCollider on Bela, including tutorials on using rotary encoders and serial communication.

A paper on the workshop and its relationship to the growing Bela community will be presented at the CHI 2017 conference in May 2017:

Below are some photos from the workshop. More info on the instruments and their continuing use will be featured on this blog as time goes on! 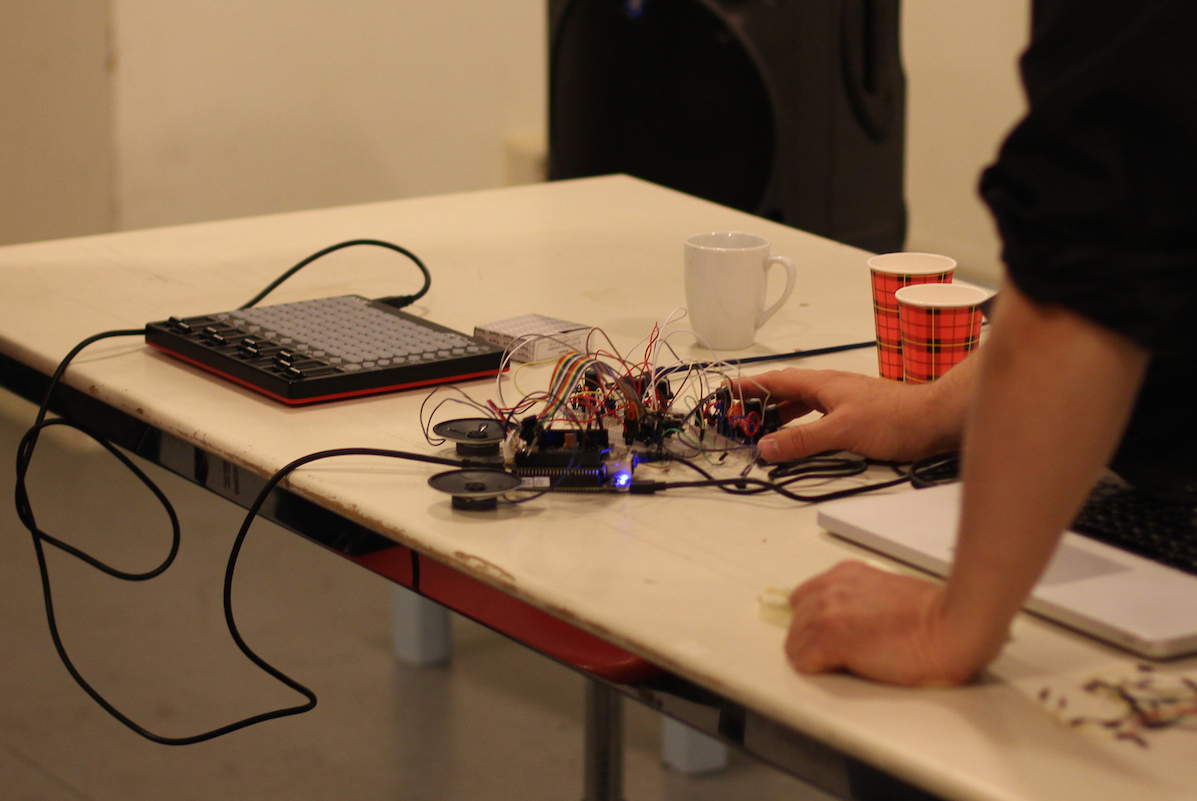 Testing a Bela setup using sensors, MIDI input and the speaker amplifiers on the Bela cape. 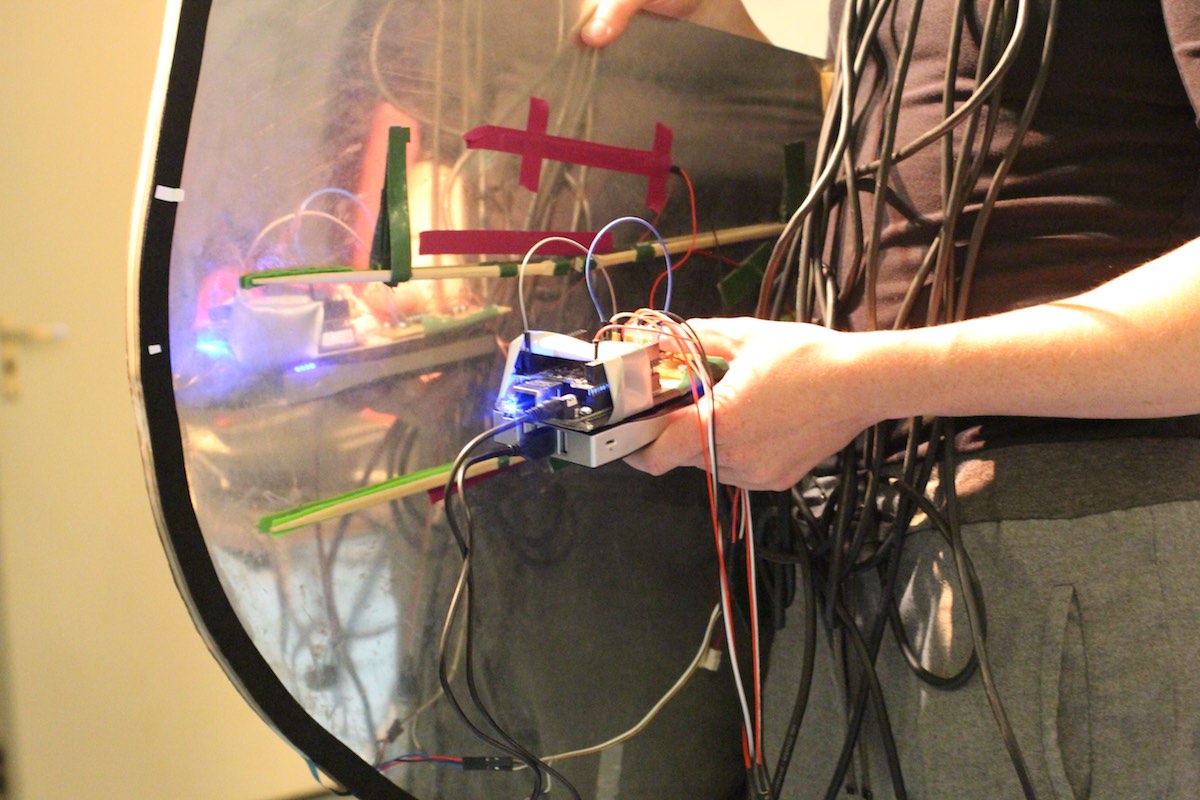 La Diantenne, a pitched percussion instrument by Dianne Verdonk, was ported to Bela during the workshop. 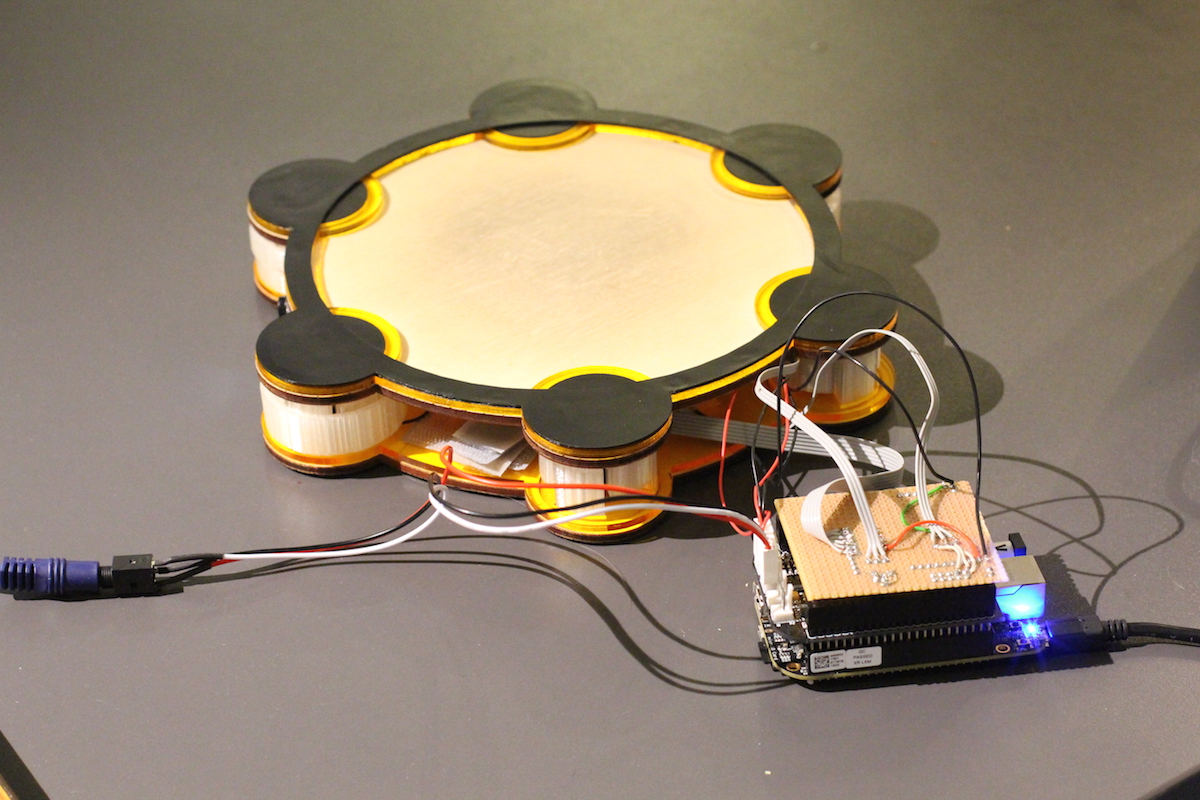 The Scrempler, a SuperCollider-based live sampling instrument by Marije Baalman, was ported to Bela during the workshop. 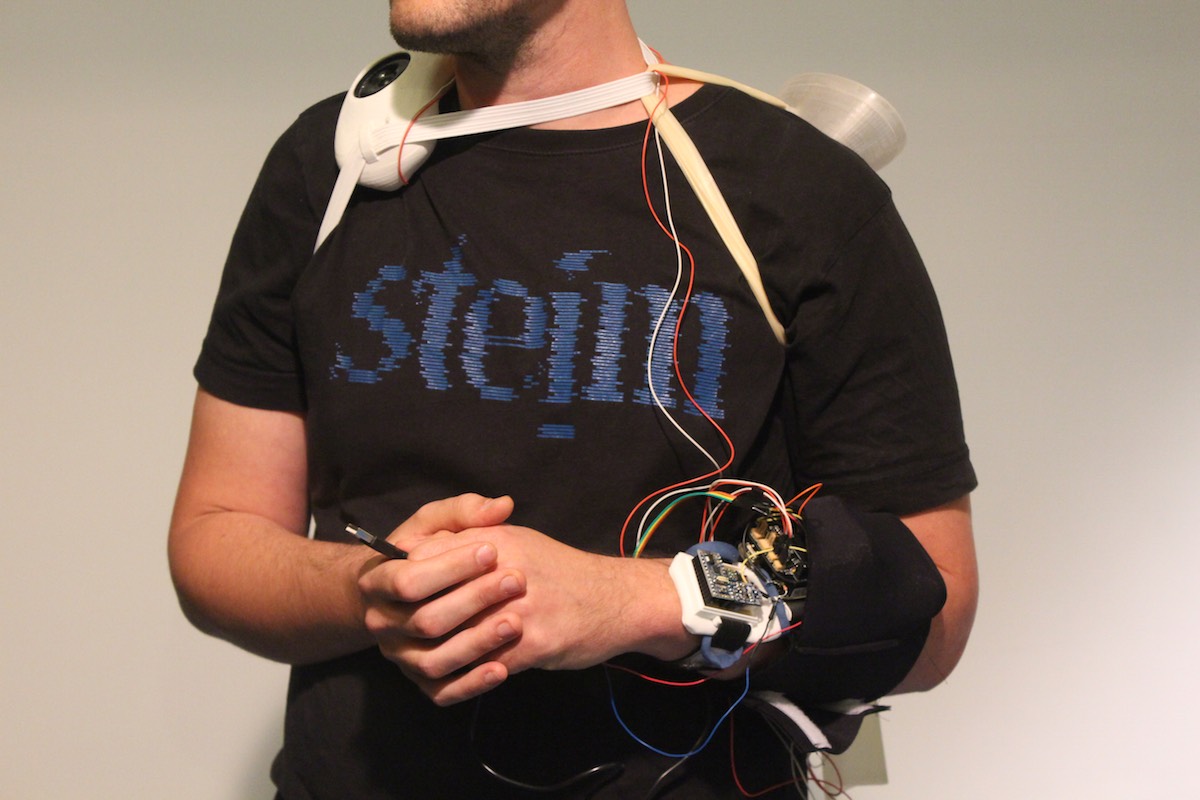