The sound of propaganda

(Anti)Voice Loop is an interactive sound installation created by Philip Liu and Freddie Taewoo Hong, inspired by the aesthetic and functional aspects of propaganda speakers, what it means to have a voice, and noise.

Voice in the noise 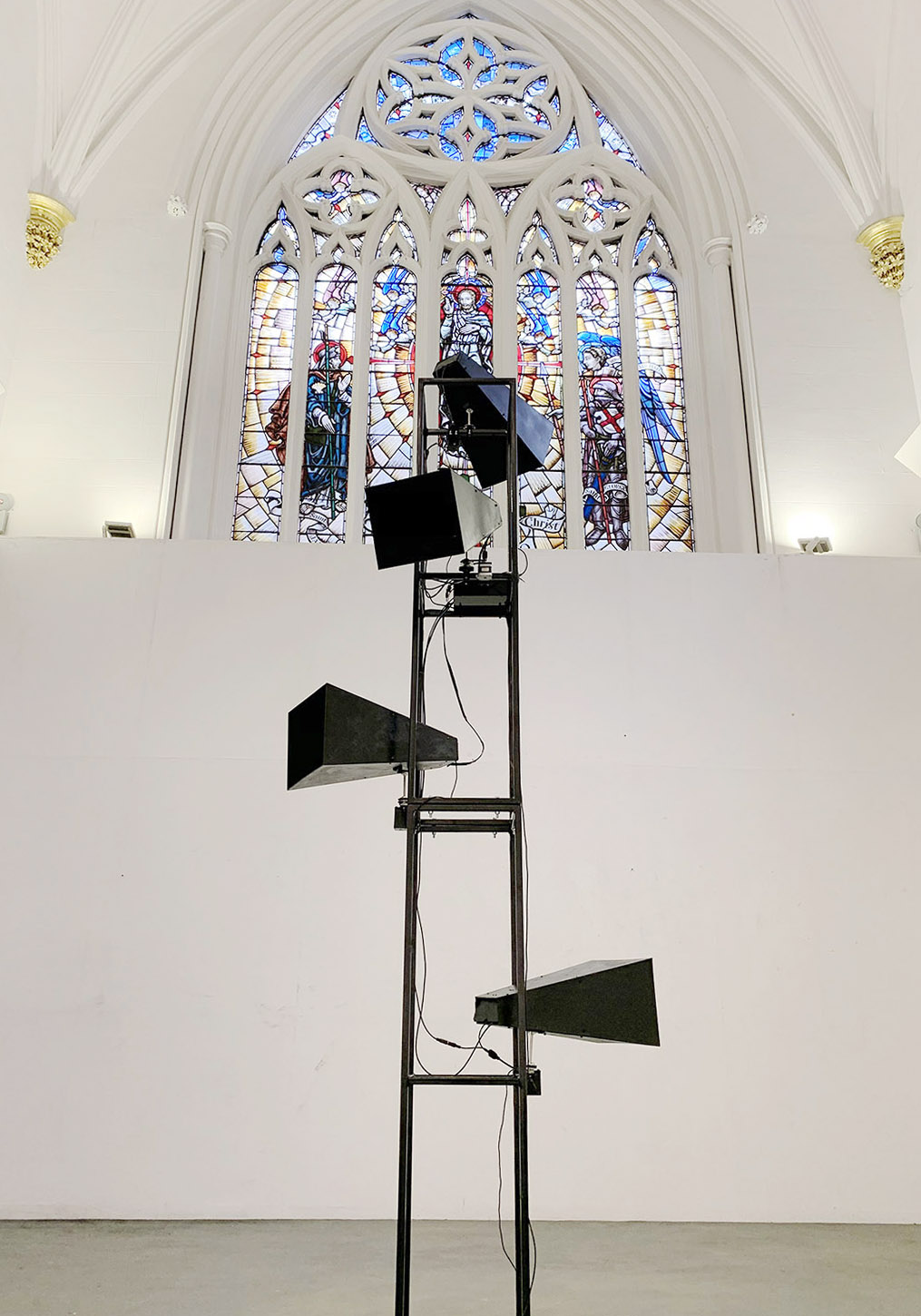 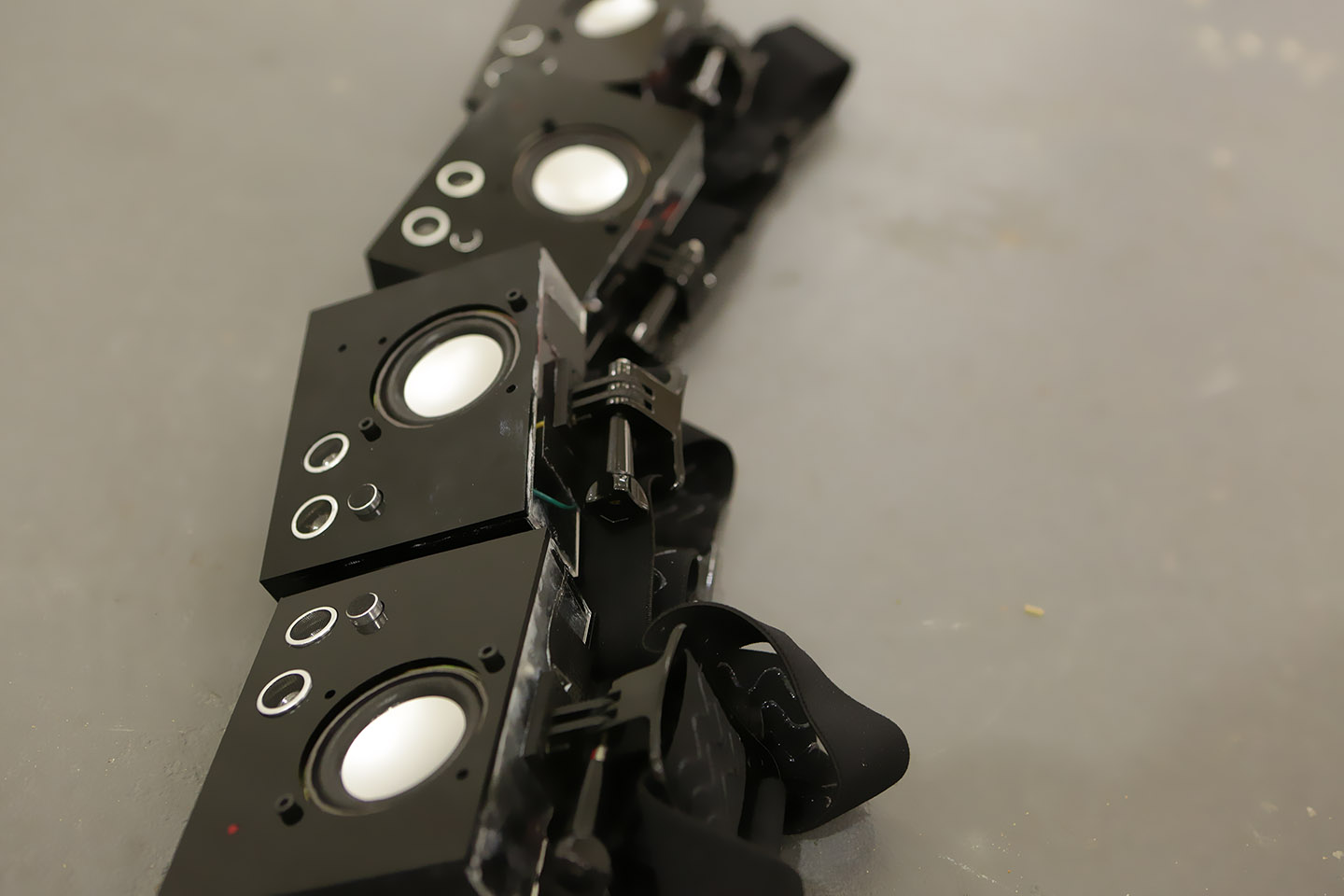 The head-worn receivers that each house a Bela Mini, ultrasonic sensor, microphone and speaker.

The nature of the ultrasonic super-directional speakers allows the receivers worn by the audience to determine whether or not they are within the effected zone of the vocal sound beam. This is judged according to the signal caught by the ultrasonic sensor inside each receiver. If it is within the zone, the receiver starts to record the voice. The recorded voice then immediately starts to loop when the receiver is outside the boundary of the super-directional speaker, and as the audience walks around the space, the sound initially generated by the tower travels with them around the space being played through the speaker in the receiver itself. This way the audience becomes an extension of the tower. 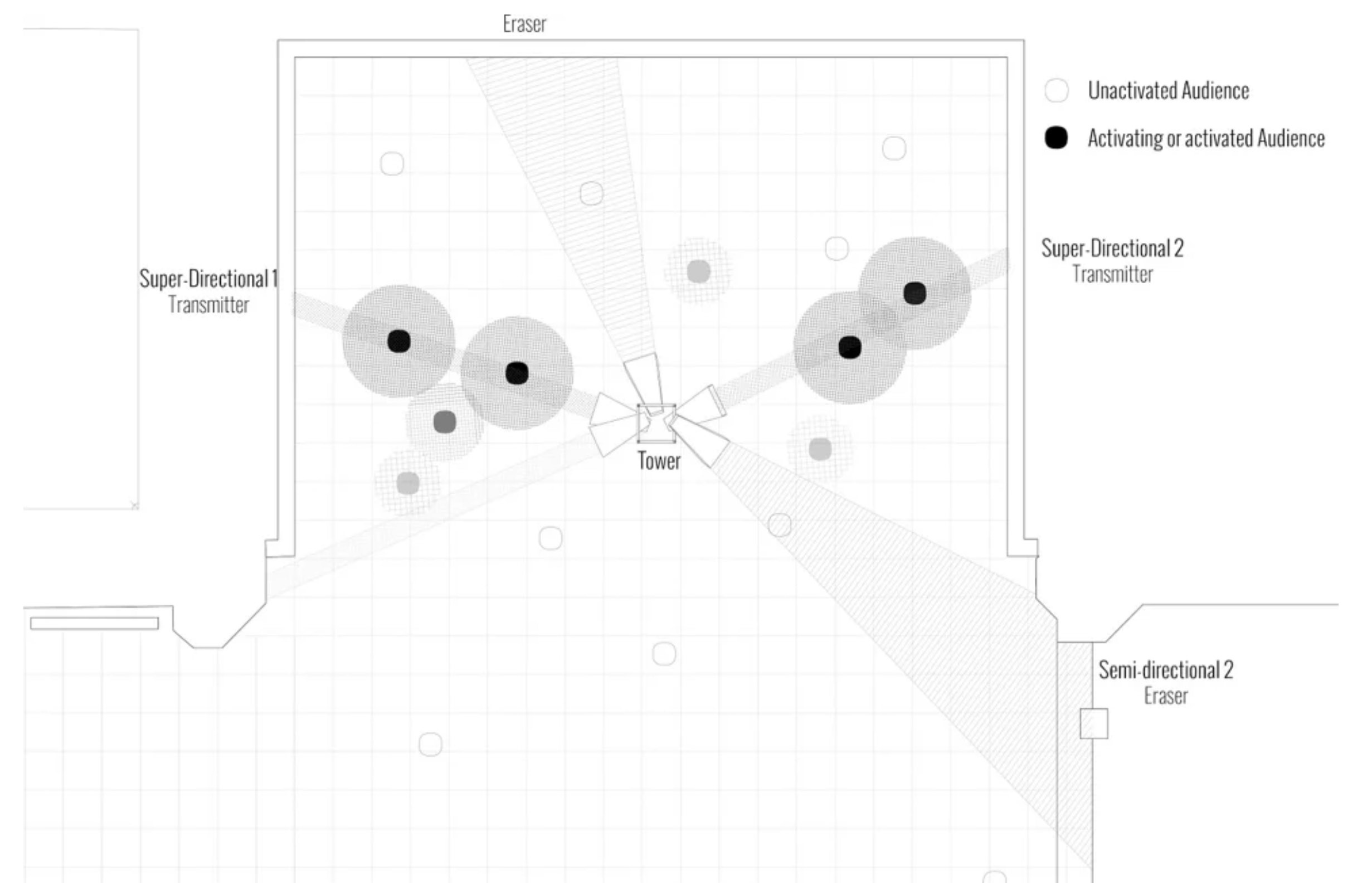 Contrastingly the semi-directional speakers act as erasers. When they catch the audience they gradually attenuate the sound which is being looped in the receiver. As the audience moves around the space they displace the sound to different locations continuously re-configuring the soundscape of the space. Philip Liu is an electroacoustic composer, DSP engineer, and audiovisual artist currently based in Berlin. To see and hear more of his work visit https://www.procedural.cc/. 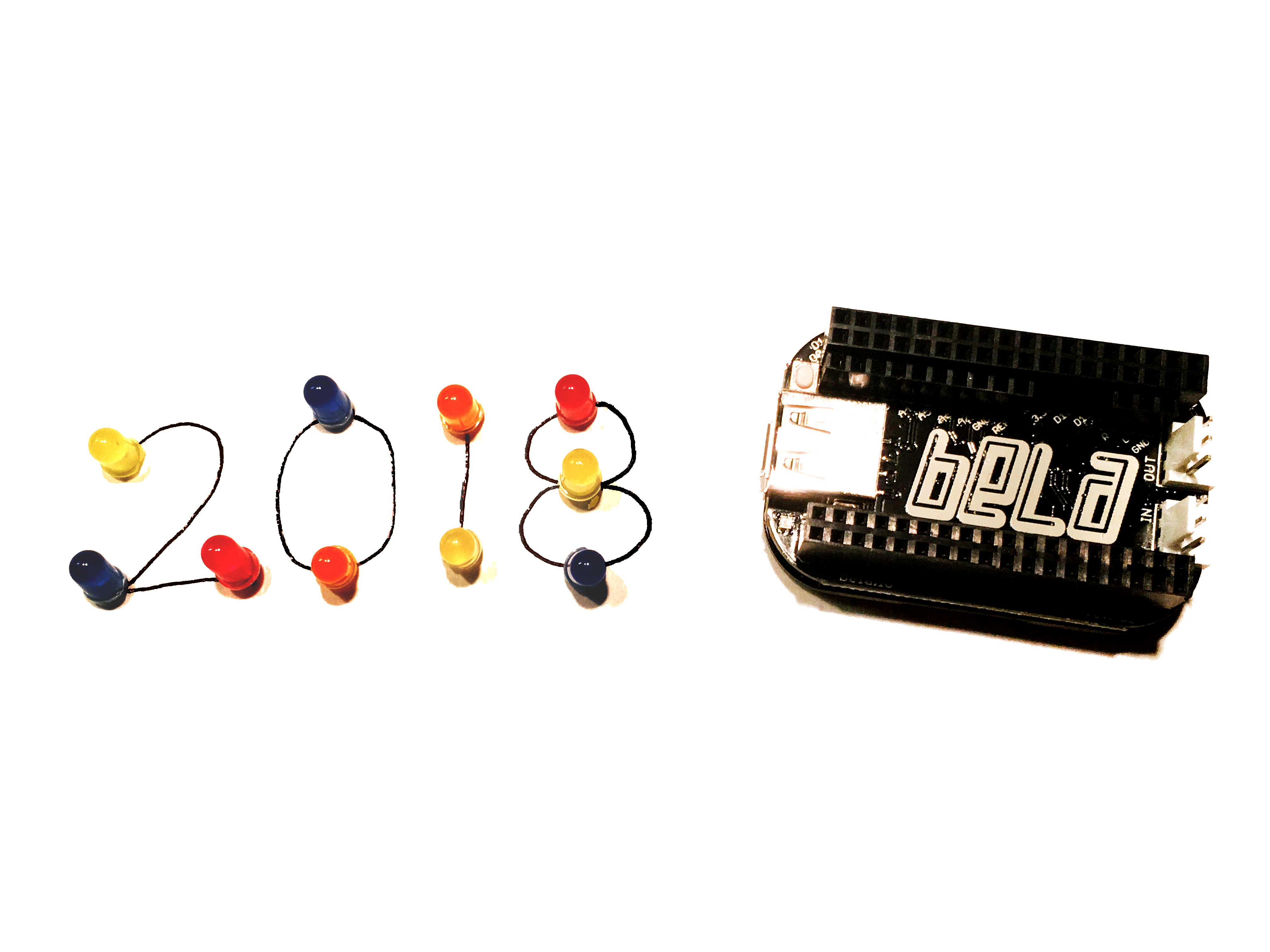 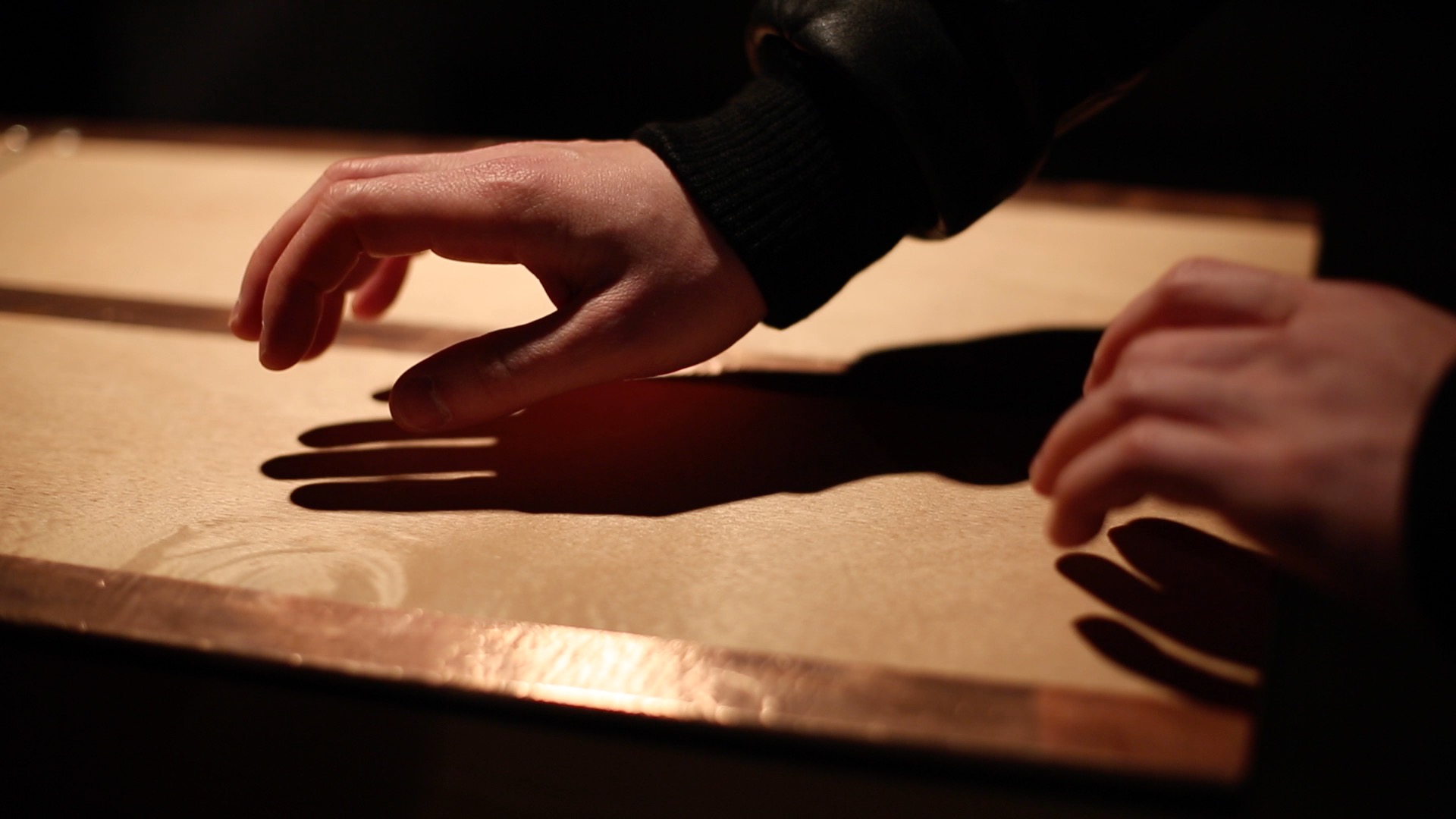 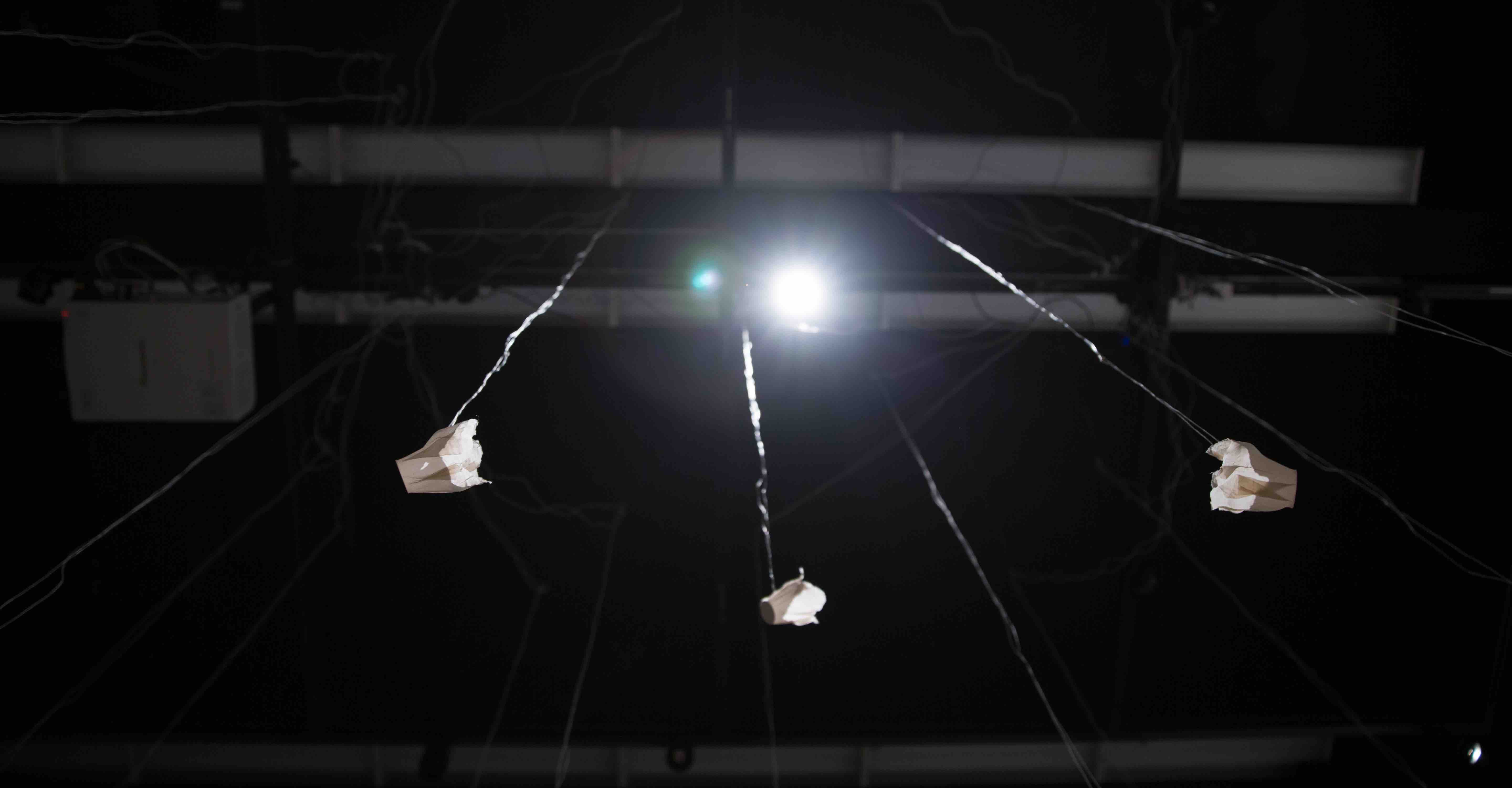