Augmenting a traditional Chinese instrument with Bela and Trill Craft

The duxianqin is a traditional plucked string instrument from China and in this post we’ll learn about an instrument building exchange which used Trill Craft to reimagine the duxianqin as an electronic instrument. Over to Jon Pigrem to tell us all about it:

Earlier this month a small team of researchers from Queen Mary University of London’s Media and Arts Technology programme participated in a cross-cultural workshop with students and researchers from the Central Conservatory of Music in China to reimagine the duxianqin, an instrument rich in Chinese intangible cultural heritage, originating from Vietnam a few hundred years ago. 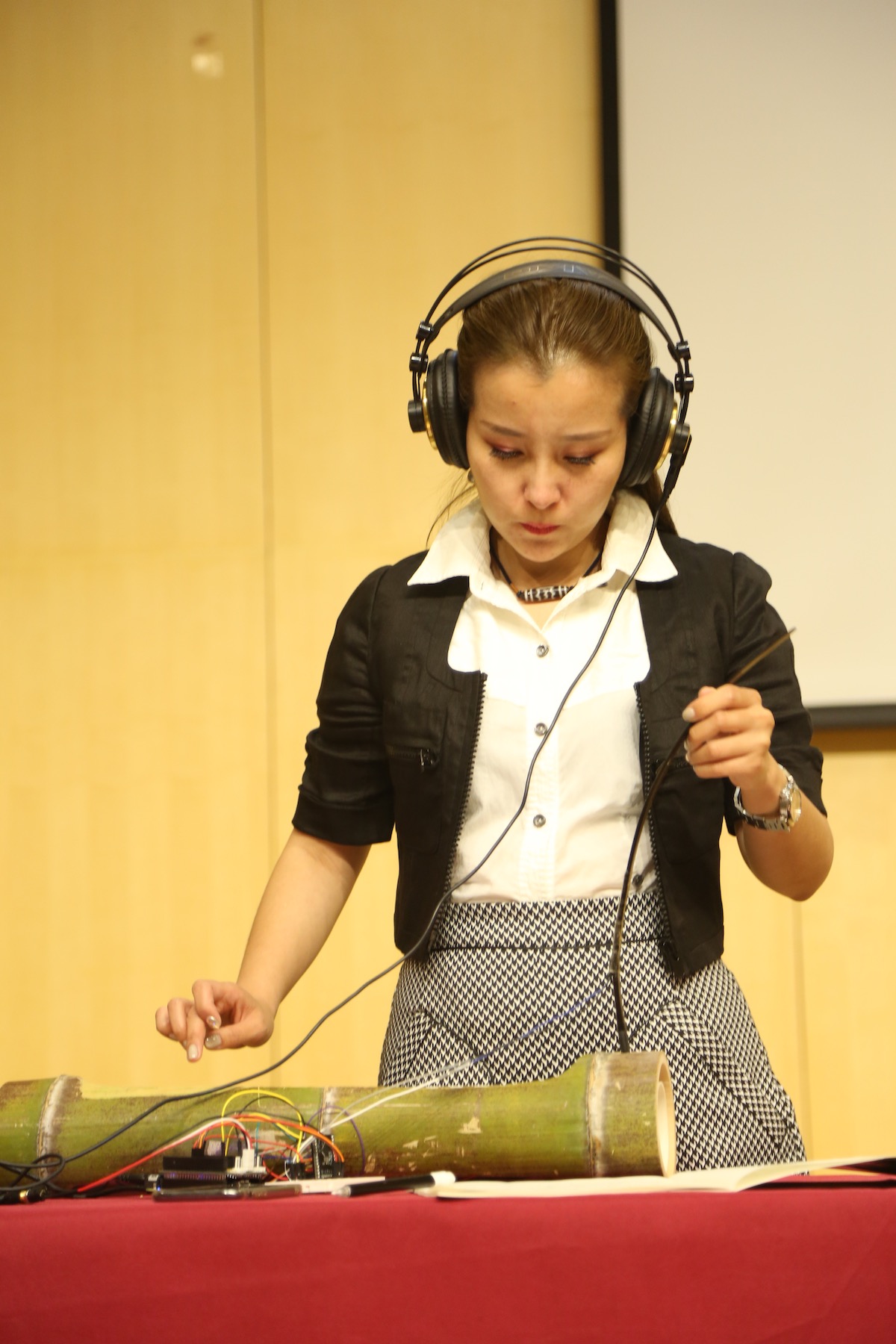 As members of the Augmented Instrument Lab at Queen Mary, and early adopters of the Bela platform, we naturally stuffed the suitcases full of Bela goodies, and even were lucky to get our hands on a few of the unreleased Trill Craft sensors.

As a product of a few days of cultural immersion (mainly eating far too much Beijing Duck and other unspeakable offal-ings) a design framework was drawn up for the development of three new approaches to the duxianqin, one augmented and two digital.

I was the maker of one of the digital instruments the design brief which we followed was clear:

Using Trill Craft I quickly rigged up 16 note triggers, increasing the pitch space of the traditional instrument from 1 octave to 3. On the original instrument overtones are played based on divisions of string length, with a traditional instrument having 6 pitches (Chinese pentatonic scale). Removing the string meant its length was no longer the governing factor for pitch which enabled both the reclamation of a lot of unused space on the body of the instrument, and the ability to evenly space a greater number of pitched notes along its length.

Due to the short amount of time that we had for this build copper tape was used for the capacitive touch triggers. With more time, solid brass strips would provide a much more robust and aesthetically pleasing solution. The ‘joystick’ was kept, and its movement sensed using a flex sensor. This joystick was the key to the sound of the duxianqin, and a vital part of the gestures used by players to perform the instrument’s repertoire.

The readings from Trill Craft were run into Pure Data on Bela, where they triggered a Karplus-Strong string model. The cut-off was kept at a high level to maintain brightness in the final output signal and the sustain duration was tuned to the performers taste. A resonant filter was used to accentuate the richness of pitch expected from the overtones produced by the original instrument.

As a nod to the origins of the instrument bamboo was used for the body, as would have been the case many moons ago. I was also able to hollow out the bamboo body, enabling the joystick to be packed inside for transportation. Speakers were placed at either end of the bamboo tube, using the tubes resonance and natural acoustic properties to add some authentic timbral character to the output signal.

The Trill touch sensors that were used in this project are live on Kickstarter until 18th October 2019! This new family of sensors from Bela bring precise and easy-to-use touch interaction to your digital projects.