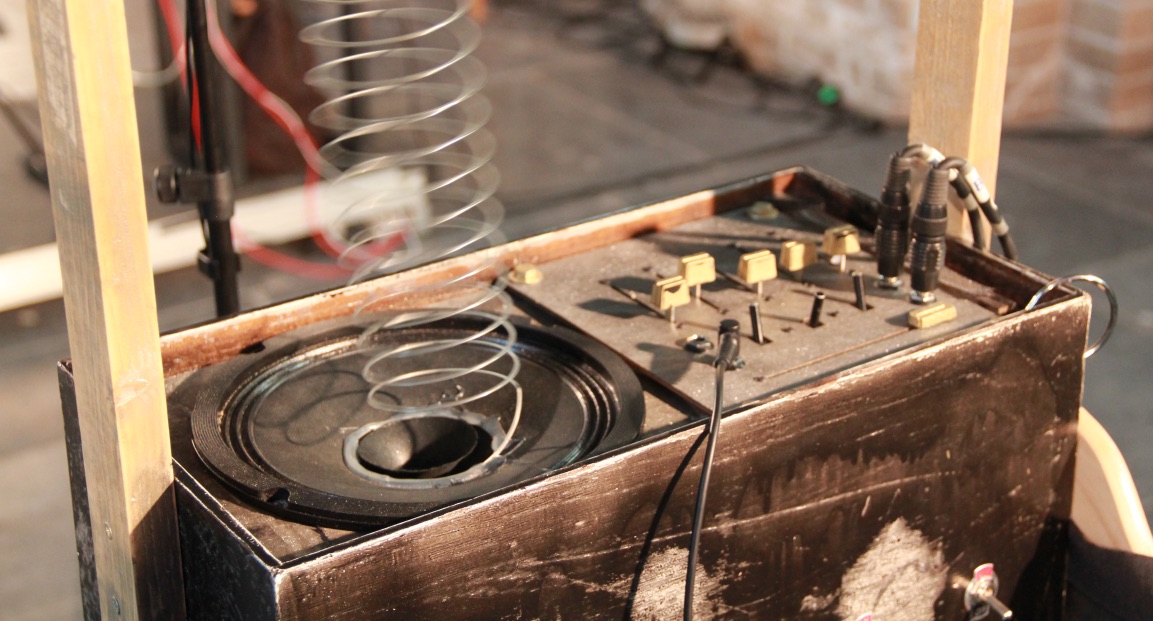 Pandora’s box is a part physical, part digital standalone performance instrument for live improvisation. Created by Ward Slager, the core principle of the instrument is to transform an audio signal inside a feedback path and to generate interesting and unpredictable material to improvise with.

The core of the instrument is an unstable feedback loop. Vibrations in the spring are picked up by a piezo element and analyzed by an algorithm controlling an oscillator which all runs on Bela. The oscillator is output via a speaker which in turn sets the spring in motion. With direct control over parameters like the oscillator range and delay time the seemingly unstable feedback can be guided to specific frequencies and sounds. 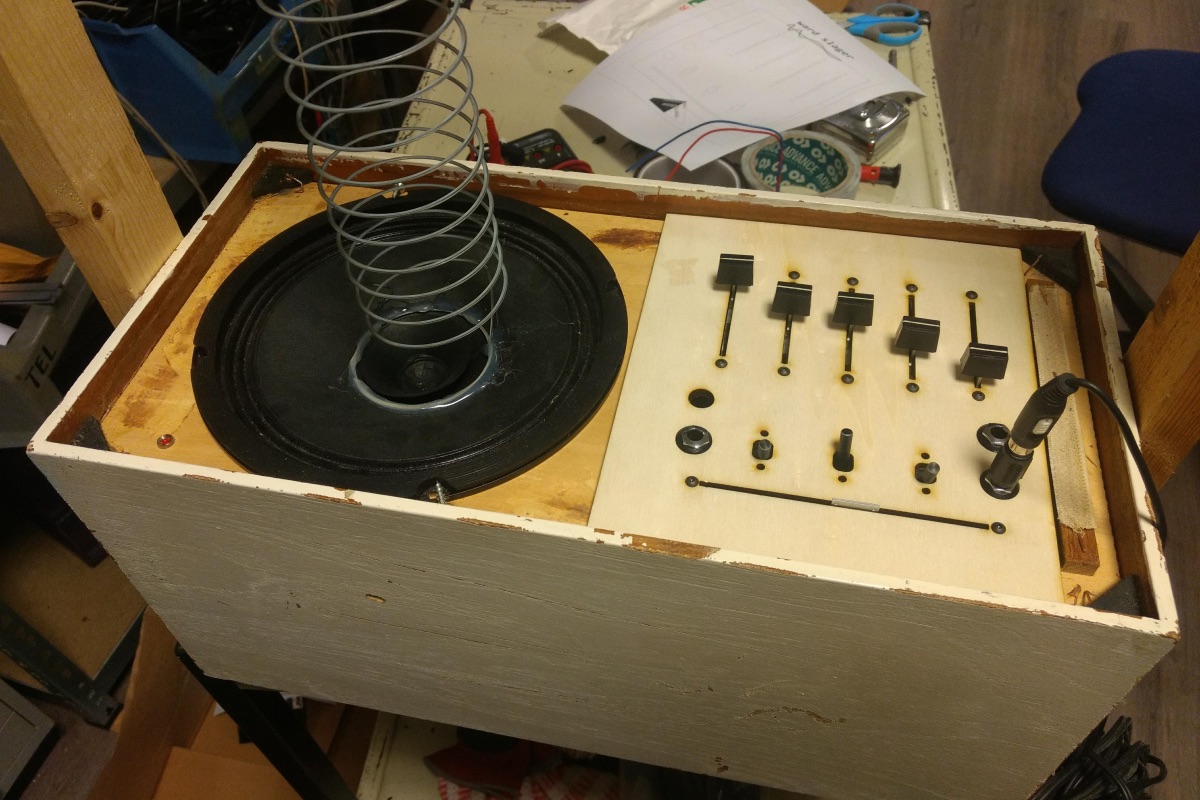 The instrument is played by physically interacting with the spring, manipulating the toggles controlling signal flow and the faders mapped to parameters of the algorithm.

Improvising with the physical-digital

A secondary signal path is sent to external amplification with a processed version of the signal as created by the feedback path. This path adds a contrasting layer to the local and raw sound of the feedback spring. Ideally the secondary signal is spatialized with a multispeaker setup in a large geometric shape around the performer. 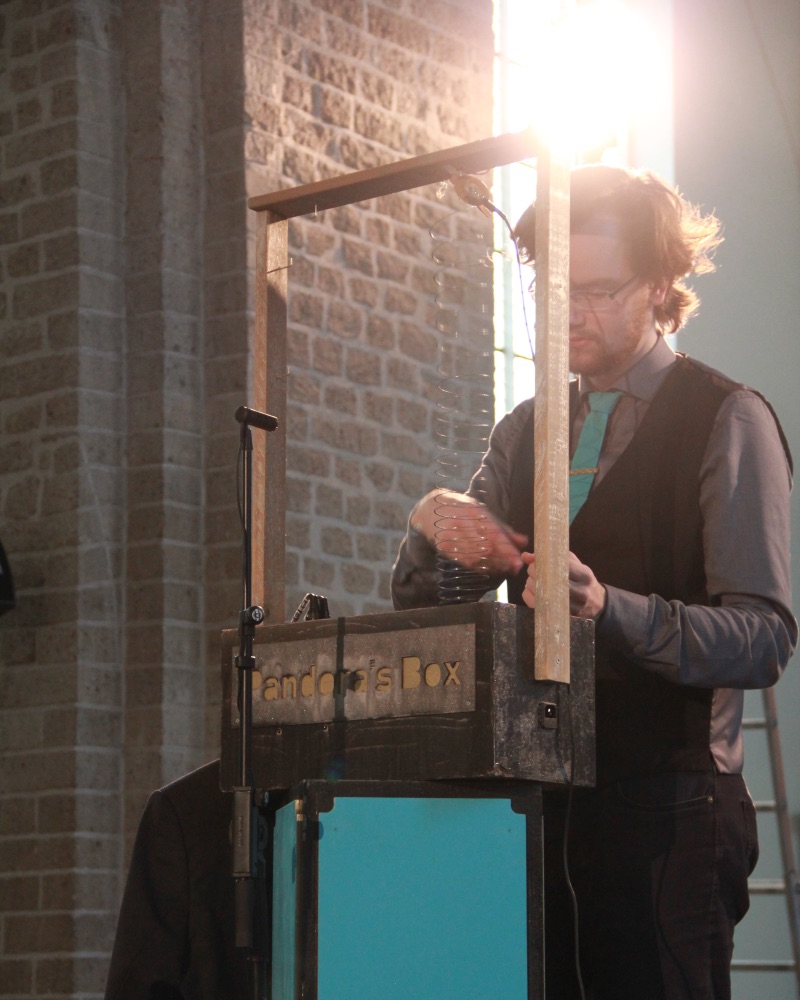 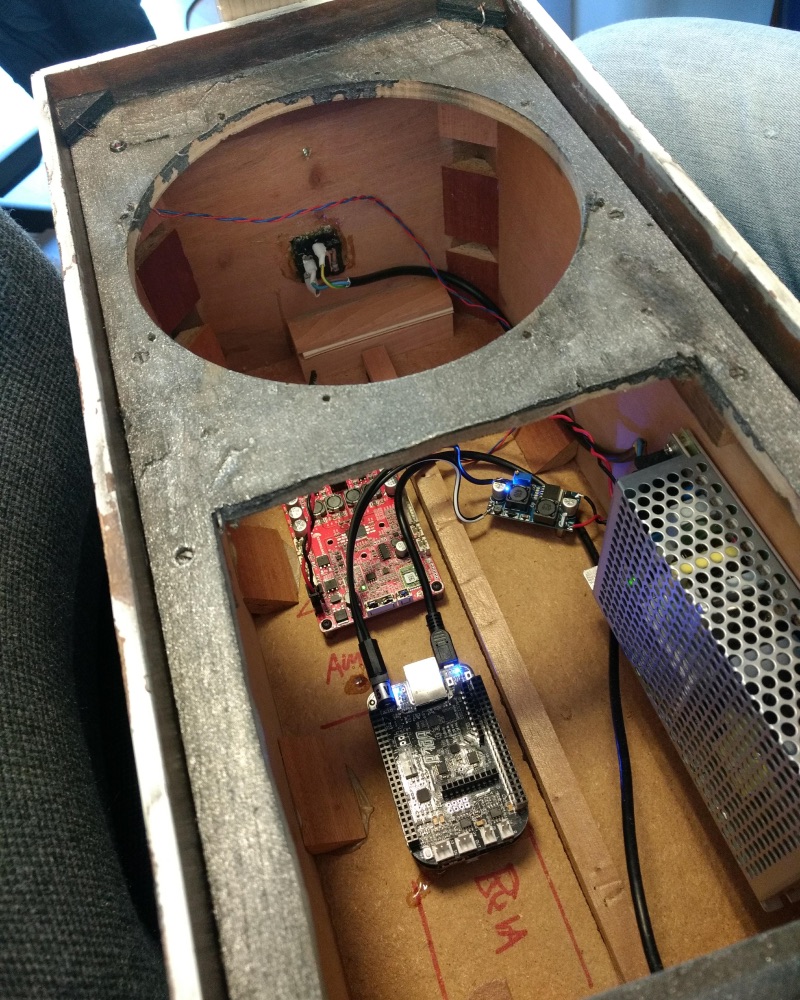 Performances played with Pandora’s Box are improvised in nature but follow one principle. Metaphorically Pandora’s Box opens halfway through the performance. At that point the sound is not constrained by the single speaker inside the box and is spatialized in the surrounding space with some form of external speakers. For Ward, the key value in improvising is having fun and surprising people with a relatively simple looking instrument. 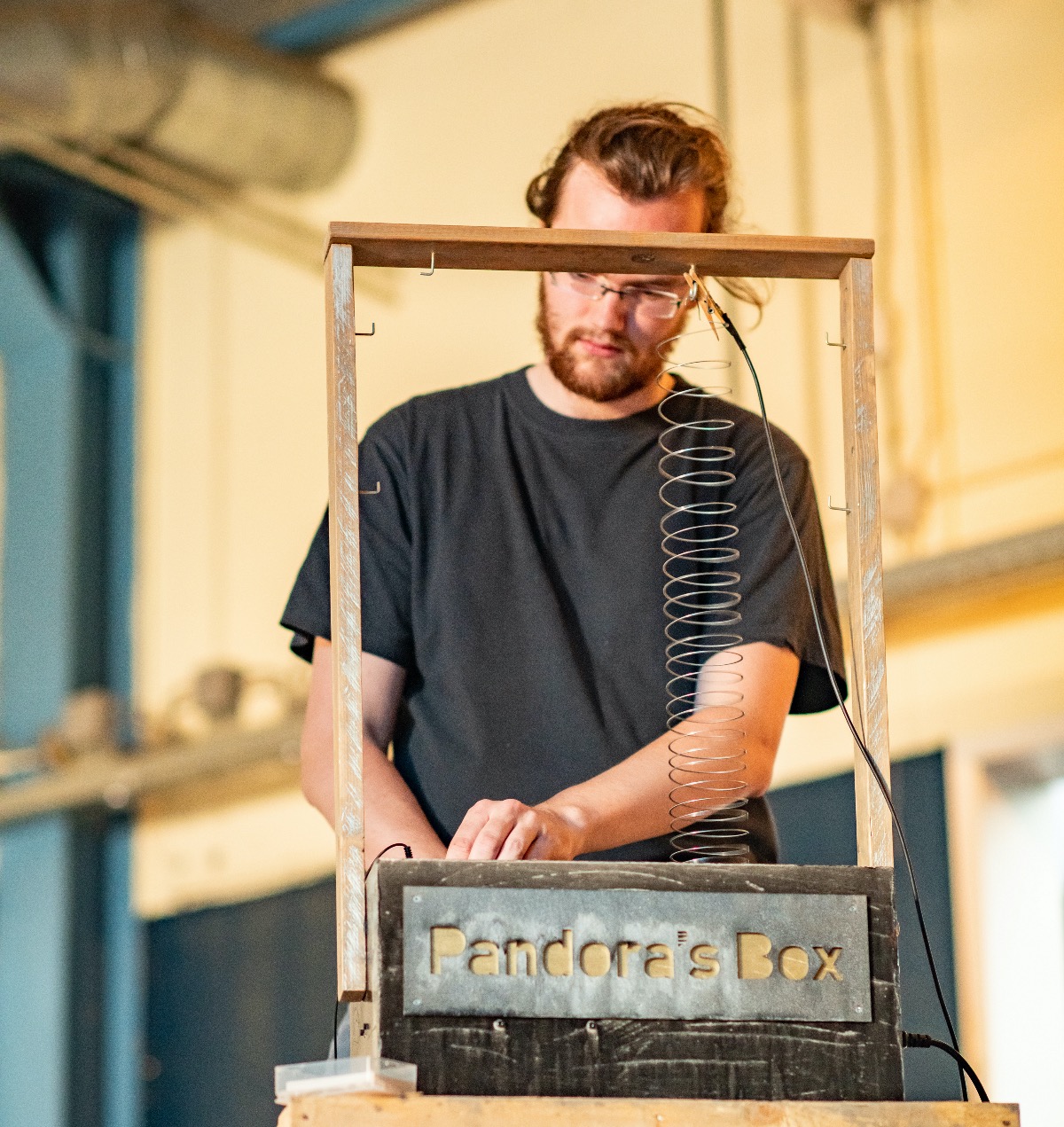 Ward Slager is a Dutch sound artist, creative system designer and electronic musician. With a strong interest in algorithmic music, sound and bringing this into the physical domain he works on a variety of instruments, installations and other works. Within his practice he writes his own software, designs custom electronic circuits and constructs whatever needed to achieve said works.

Check out our previous post on Ward’s collaboration with Fedde ten Berge on the PRP Voyager. 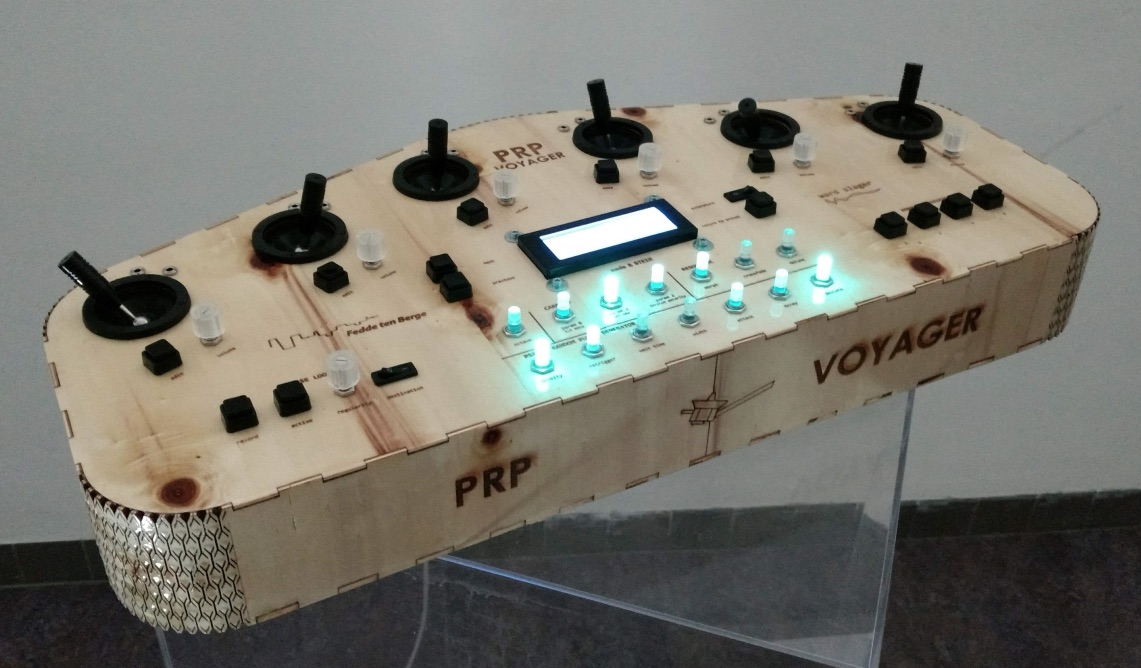 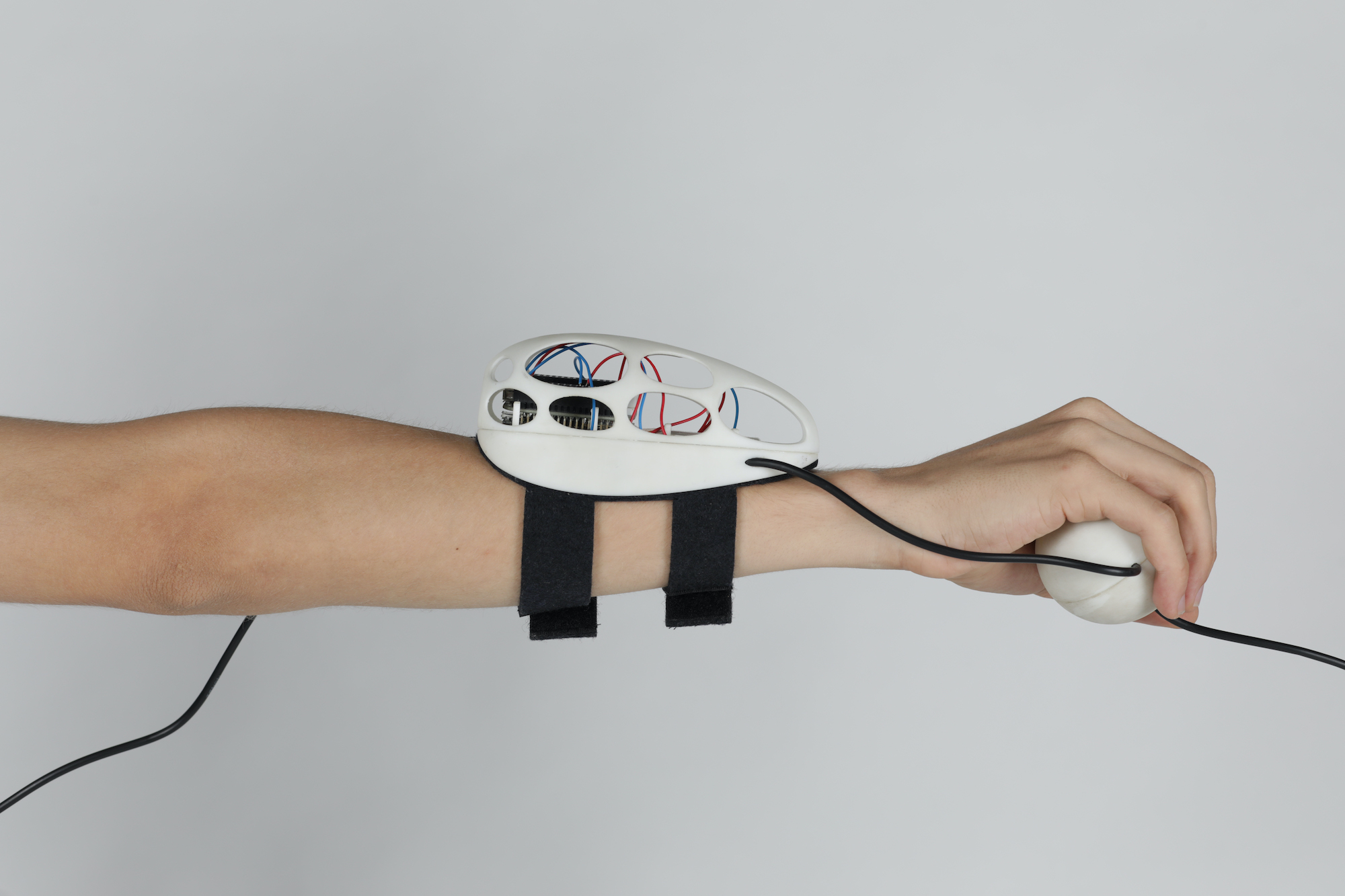